When you book with an account, you will be able to track your payment status, track the confirmation and you can also rate the tour after you finished the tour.
Sign Up
3549

On arrival at Delhi airport, you will be meet & greet by our representative and straight drive to the city of Love – Agra which was the capital of Mughal Empire for a long time. Agra is the quintessential Mughal City, where the world marvels at the epitome of love, beauty and sacrifice. It is located on the western banks of the river Yamuna. Right from the epic Mahabharata to the Mughal Dynasty, Agra has been monumental and has played a significant role in shaping India’s history. This place was the capital of the great Akbar. Thus, there are a lot of architectural marvels to enjoy here that are related to Persian style. The iconic tourism destination is the world wonder, Taj Mahal. Apart from this, you can find tombs of various kinds, religious places, Yamuna River and water related activities in the river. It is a colourful place and still has the colourful medieval look. The narrow lanes, modern era hustle and local amusement would attract the visitors. On arrival check in at HOTEL for 01 night. Evening free to relax or walk around the interesting place. Overnight in Hotel. 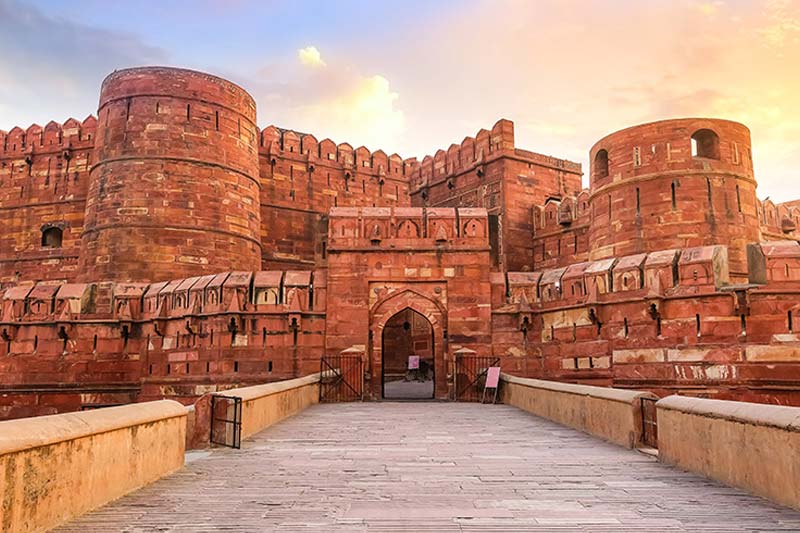 Early morning visit the sunrise view of the famous Mausoleum – The Taj Mahal, a unique epitome of Love built by Mughal Emperor Shahjahan in 1630 for his queen Mumtaz Mahal to enshrine her mortal remains. A drop of tear on the cheek of time has now been crystallized !!!. After exploring the beauty of Taj Mahal transfer to hotel for breakfast and later visit the Agra Fort or Red fort, which is very similar to Delhi Red Fort. After exploring the beauty of Agra drive to the pink city – JAIPUR en route visit the city of Mughal emperor Fatehpur Sikri (40 KMS from Agra) built by Emperor Akbar in 1569 and abandoned it just after 15 years due to the scarcity of water. Visit the graceful buildings – The punch Mahal, Anup Talab,Diwan-e- Khas, Tomb of the holy saint Salim Chisti, Buland Darwaza and other important palaces where one experiences not only the Architectural brilliance but also its perfect fusion. After Fatehpur Sikri drive to Jaipur. On arrival check in at HOTEL for 02 nights. Overnight in hotel.

PS: Taj is closed on every FRIDAY. 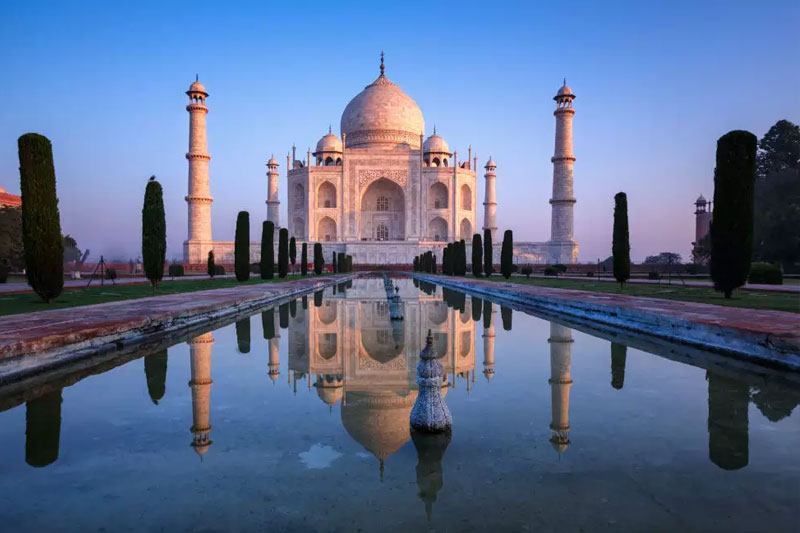 After breakfast by around 0730 hours proceed to visit the Amber Fort, located 11 kilometers away from Jaipur and is the ancient capital of the state until 1728. En-route, visit the Hawa Mahal. Amber was the ancient capital of Kachawaha dynasty before Jai Singh founded Jaipur. There you will enjoy Elephant ride up to the hill. The other highlights of the sightseeing tour of the day are Maharaja’s City Palace, Jagmandir or the hall of victory, Shri Govind Deo Temple and the City Palace Museum; the observatory known as Jantar Mantar with masonry astronomical instruments; and Hawa Mahal known as ‘Palace of Winds’ with its honeycomb façade. Also you can visit the Temple of Goddess Kali, but no leather belt, leather purses and cameras are not allowed inside the temple. In the evening drive through the new city of Jaipur and visit Laxmi Narayan Mandir – a Hindu temple built in white marble. Evening free to relax or go for shopping in the colourful bazaars of Jaipur. Overnight at Hotel. 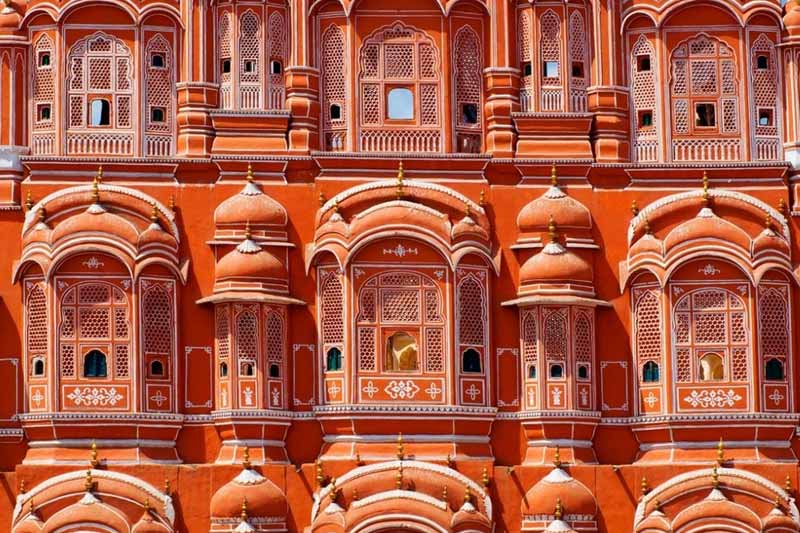 After breakfast, option to visit Birla Temple and Monkey Temple. Later drive back to Delhi. Delhi is the capital city of India and is regarded as the heart of the nation. The city is popular for its enriched culture and heritage. The city hosts some famous historical monuments and is developing with the passing of time. The influence of religious diversity can be seen in the city along with the cultural impact of the Mughal, the ancient Indian and the British. There are many beautiful gardens in the city, away from pollution and busy city life that provide opportunities to walk leisurely in the midst of greenery. The capital city is divided into two sections popularly known as Purani Dilli or Old Delhi and Nayi Dilli or New Delhi. On arrival check in at HOTEL for 02 nights. Rest of the day free to relax or walk around the interesting place. Overnight at Hotel. 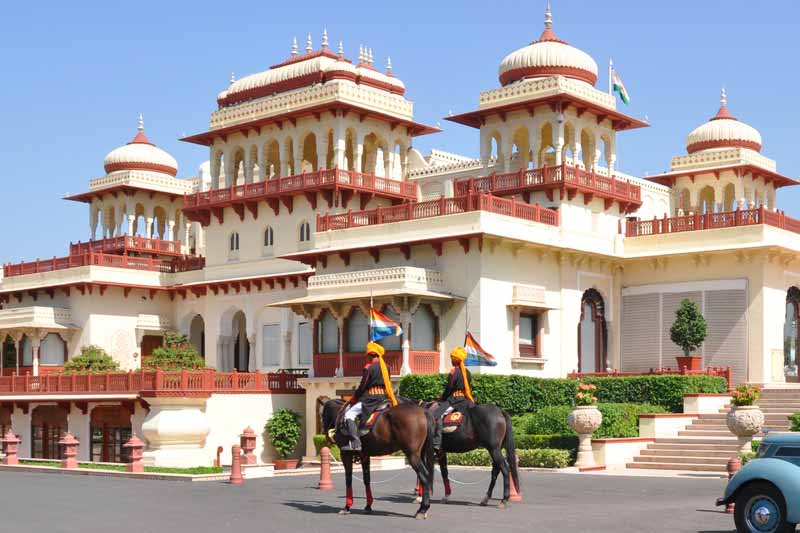 After breakfast proceed for sightseeing of Old & New Delhi which includes Raj Ghat – a simple memorial to Mahatma Gandhi, Jama Masjid by walk, India Gate – this 42ms high stone of triumph is a war memorial. It bears the names of 85,000 Indian army soldiers, who died in the campaigns of WW I. Rashtrapati Bhawan – This palace-like building is the official residence of the President of India and an interesting blend of Mughal and western architectural styles. Qutab Minar – The highest monument of India, Qutb Minar is 72.5 m high, tapering from 2.75 m in diameter at its peak to 14.32 m at its base and alternating angular and rounded flutings. Humayun’s Tomb, is mausoleum of the Mughal emperor Humayun. Bahai Temple or the Lotus Temple is a marvel of modern architecture. Set among pools and gardens, adherents of any faith can visit, pray or meditate. Evening proceed for the Cycle Rickshaw Ride through Chandani Chowk Bazaar. Overnight at hotel. 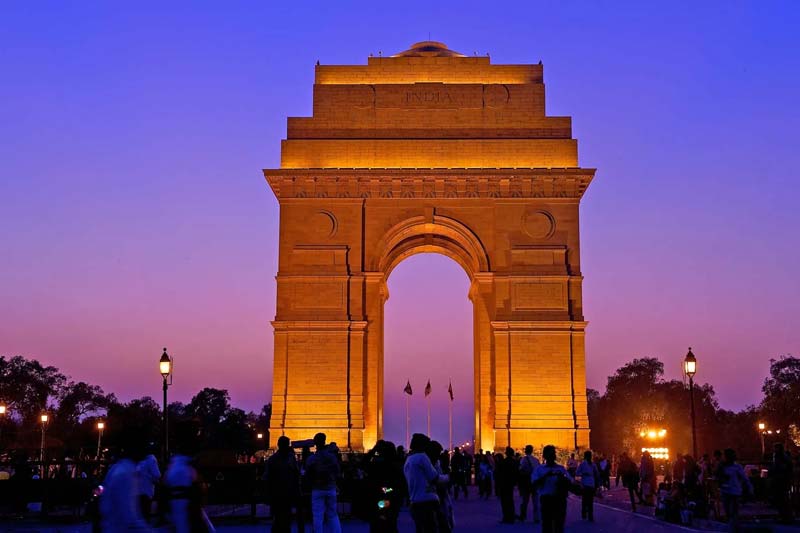 After breakfast free for your own activities or for shopping at local bazaar / market. Afternoon check out from the hotel and transfer to Delhi airport as per flight timing for departure after and ever memorable holiday in North India. 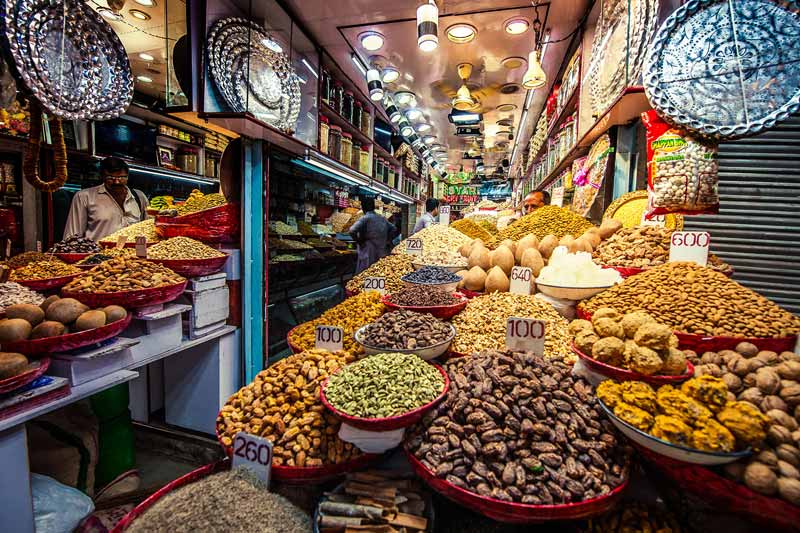 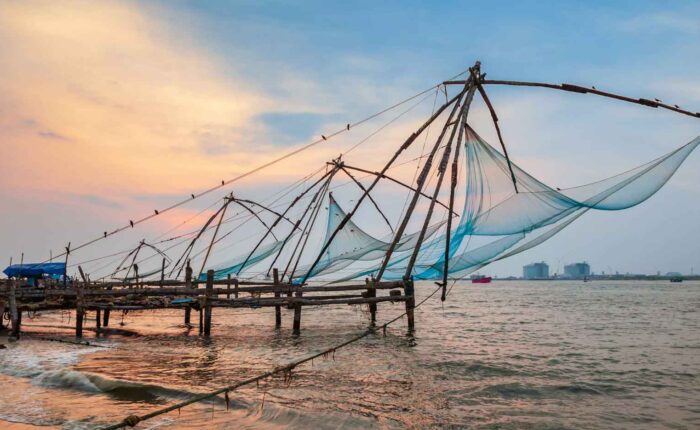 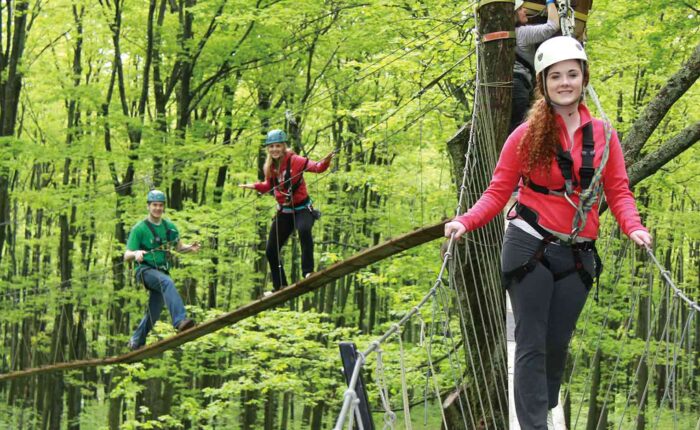