When you book with an account, you will be able to track your payment status, track the confirmation and you can also rate the tour after you finished the tour.
Sign Up
657

Arrival Zurich. Zurich is Switzerland’s centre of economic life and education as well as the commercial capital of Switzerland. Located in the heart of Europe, the city offers all the modern amenities of a cosmopolitan metropolis, without sacrificing its natural side. Zurich is for years ranked among the world’s top cities in terms of quality of life. It is a boutique city that offers everything that implies, albeit in small and exquisite format. On arrival check in at hotel for 02 nights. Overnight in Zurich. 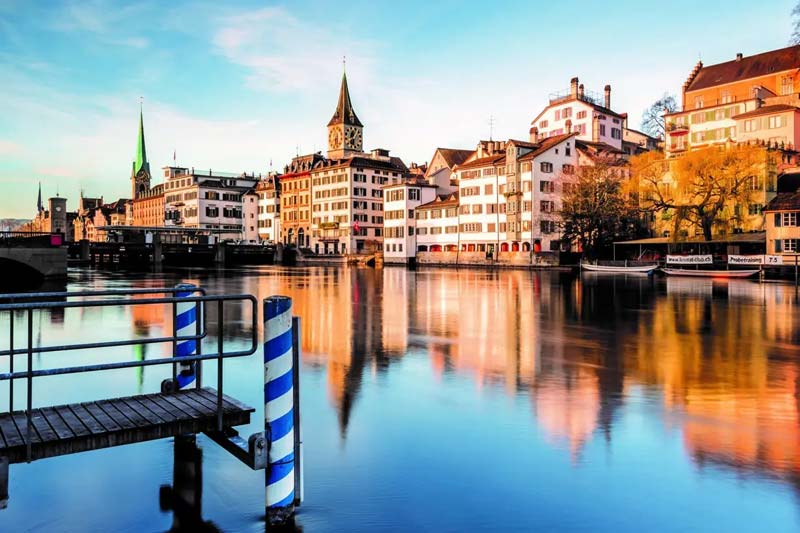 After breakfast proceed to visit Mount Titlis. Today we will begin our day by taking an unforgettable ride on world’s first rotating cable car which is famous by the name “TitlisRotairs”. At Mt. Titlis you have free time to play and enjoy the snow. After lunch drive towards another beautiful city Luzerne & enjoy your orientation tour which comprises of famous Lion monument and Chapels bridge. This is an ideal place to purchase branded Swiss Watches, Swiss chocolates, Swiss army knives, Souvenirs etc. Later drive back to Zurich. Get a feel of Zurich city before you wind up the day. After dinner drive back to hotel. Overnight in Zurich. 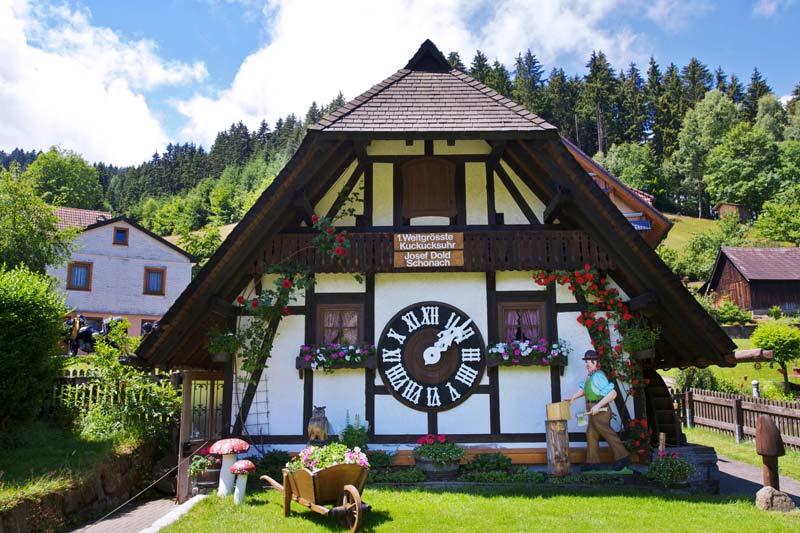 After breakfast check out and drive to Stuttgart, the capital of southwest Germany’s Baden-Württemberg state which is known as a manufacturing hub. On the way stop at Rhein falls and enjoy a boat ride. From there drive to Titisee village, a nice little tourist village with a beautiful lake surrounded by mountains. Here you can experience a typical German village life. Thereafter drive to Black Forest and visit the Cuckoo clock production house. Black Forest is famous for its evergreen forests and picturesque villages. It’s also renowned for the cuckoo clock production. Cuckoo clocks are produced in this region since 1700s. Then proceed to Stuttgart. After dinner check in to hotel for 01 night. Overnight in Stuttgart.

After breakfast check out from the hotel and proceed for an orientation tour of Stuttgart city. Thenvisit Mercedes Benz Museum. After lunch continue to Luxembourg. Luxembourg which is one of Europe’s smallest country, is also one of its richest, due to a large banking industry. Its capital city features a glassy financial district and Mudam, a flashy modern art museum designed by I.M. Pei. Luxembourg’s older parts make it worth visiting: its cobblestoned old towns, hilltop medieval fortresses and natural landscape of mountains, farmland and river valleys are awe-inspiring. Established in the 10th century, Luxembourg is filled with well-preserved medieval towns. Visit the country’s capital, Luxembourg City, which has a beautiful antique center. The old town is strewn across dramatic cliffs with a river gorge running between them. Walk along Le Chemin de la Corniche, an elevated walkway lining the cliffs and looking out over the medieval structures. On arrival check in at hotel. Overnight in Luxembourg.. 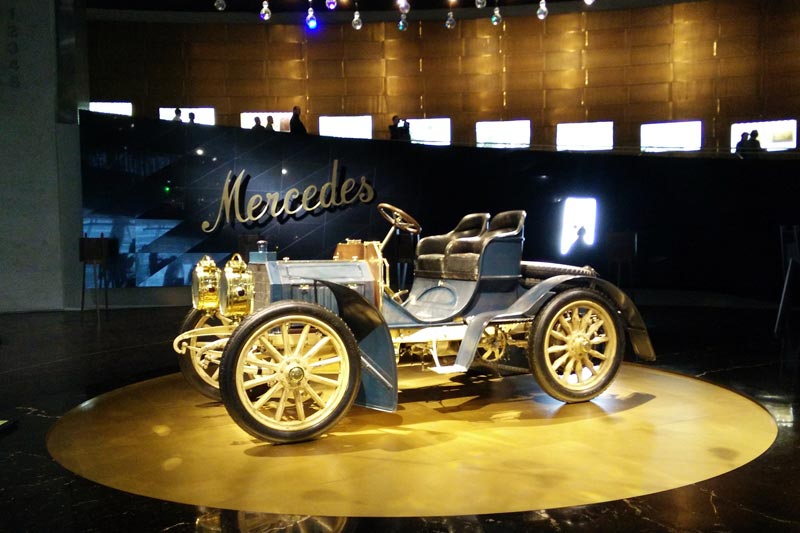 After breakfast check out from the hotel and proceed for the orientation tour of Luxembourg city. After the sightseeing drive to Brussels. Upon arrival in Brussels, have lunch and thereafter enjoy the Orientation tour of Brussels which covers Grand Palace Square, Atomium, MannekenPis etc. Brussels is the headquarters of European Union and Brussels’s central square is the jewel in its crown, a masterpiece of theatrical architecture. The Atomium is nowadays the most popular touristic attraction and was designed by a Belgian engineer André Waterkeyn to represent a single unit of iron crystal magnified to 165 billion times.MannekenPis, a landmark of small bronze sculpture, depicting a naked little boy urinating into a fountain’s basin is another point of visit. After the Brussels sightseeing, proceed to hotel after dinner. Later check in at hotel for 01 night. Overnight in Brussels. 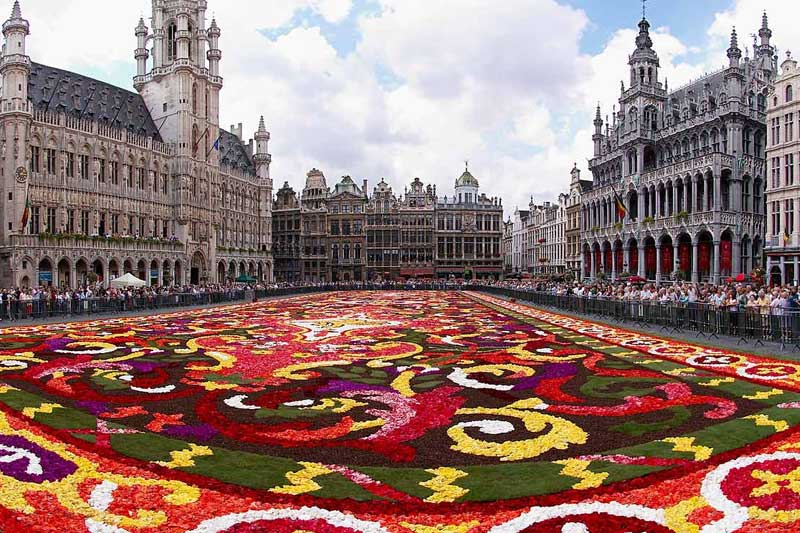 After breakfast check out and proceed to Paris. Paris can be seen as the most interesting city of Europe and probably even as one of the most amazing city’s worldwide. People from all over the world travel to Paris to discover and experience this fairy-like city. Paris is the city of love, inspiration, art and fashion. The night scene, the Eiffel tower and the warm atmosphere will make you feel directly at home. Paris has a lot of interesting architecture and museums to offer, and is also a Walhalla for shopaholics. A city as Paris is one that everyone should visit and experience. After lunch proceed to visit Louvre Museum. The Louvre is the world’s largest museum and houses one of the most impressive art collections in history. Home to Leonardo da Vinci’s Mona Lisa, the Louvre is considered the world’s greatest art museum, with an unparalleled collection of items covering the full spectrum of art through the ages. The magnificent, baroque-style palace and museum is located on the banks of the Seine River. Check in at hotel for 02 nights. Overnight in Paris. 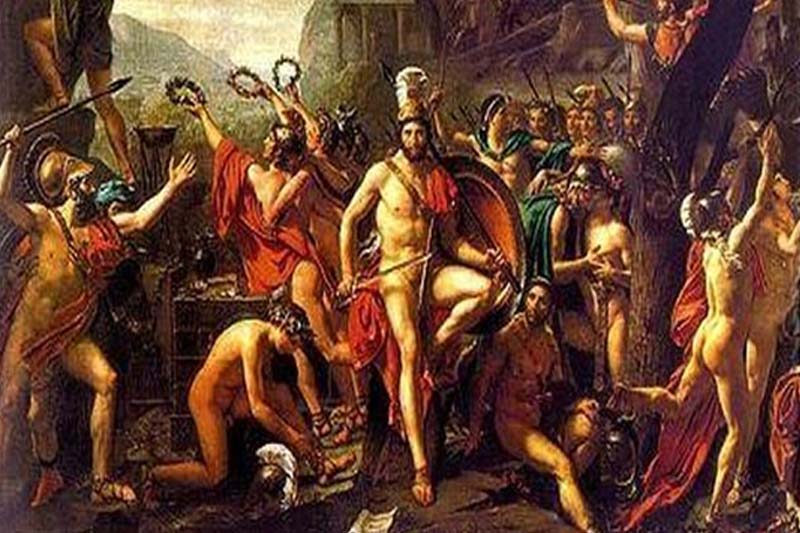 After breakfast proceed for a full day visit to the World famous Disneyland. Disneyland Paris, formerly Euro Disney Resort, is an entertainment resort in Marne-la-Vallée, France, a new town located 32 km (20 mi) east of the centre of Paris. It encompasses two theme parks, many resort hotels, Disney Nature Resorts, a shopping, dining and entertainment complex, and a golf course, in addition to several additional recreational and entertainment venues. Disneyland Park is the original theme park of the complex, opening with the resort on 12 April 1992. A second theme park, Walt Disney Studios Park, opened in 2002, 10 years after the original park. Disneyland Paris celebrated its 25th anniversary in 2017. Within 25 years of opening, 320 million people visited Disneyland Paris making it the most visited theme park in Europe. After the Disneyland visit return back to hotel. Overnight in Paris. 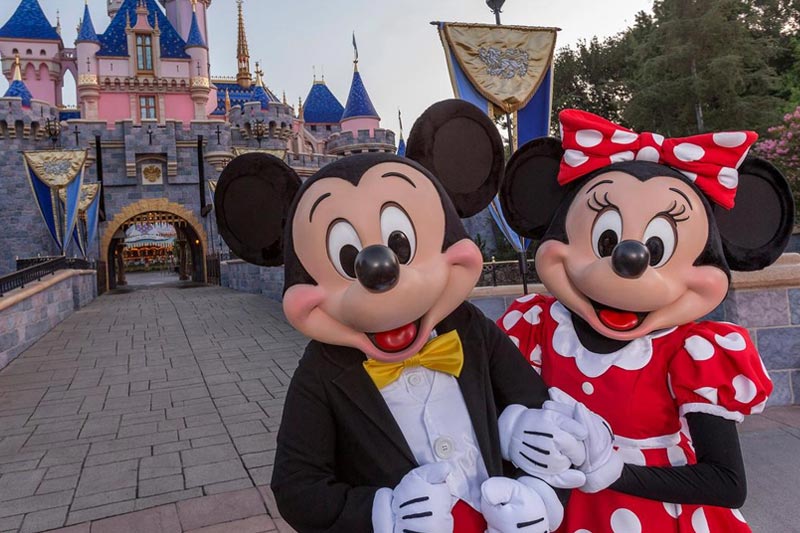 After breakfast check out from the hotel and proceed for the guided tour of Paris. Thereafter  ascend the Eiffel Tower. The bird’s eye view of Paris from the top of Eiffel Tower will leave you breathless and is one of the highlights of your tour to Europe. The sight of Paris from the Eiffel Tower is really marvelous & worth capturing in the camera. Then proceed for Seine River Cruise. Enjoy the exciting cruise in River Seine which passes under the famous arches, bridges and along the important monuments of Paris. In the evening transfer to Paris airport for departure after an ever memorable holiday of Europe.

After the sightseeing of Pisayou will be transferred to Milan airport to catch your onward flight to Trivandrum. 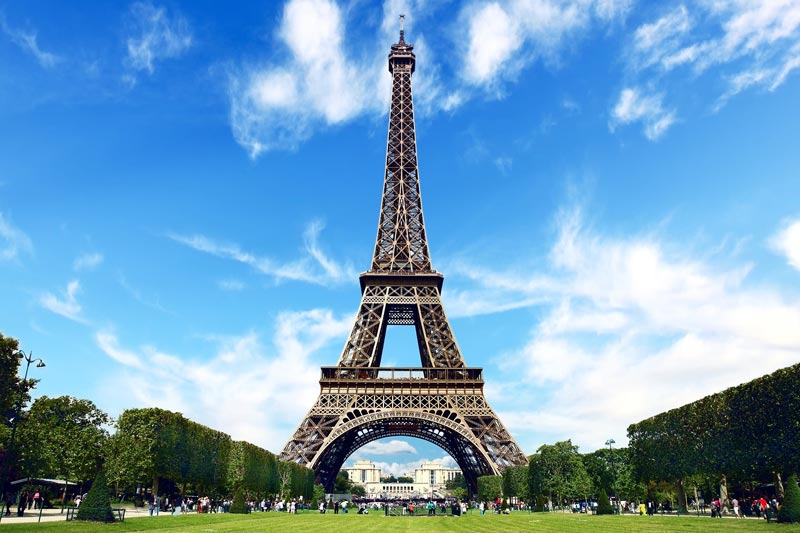 Morning departure from Middle East and arriver Trivandrum in the early morning. 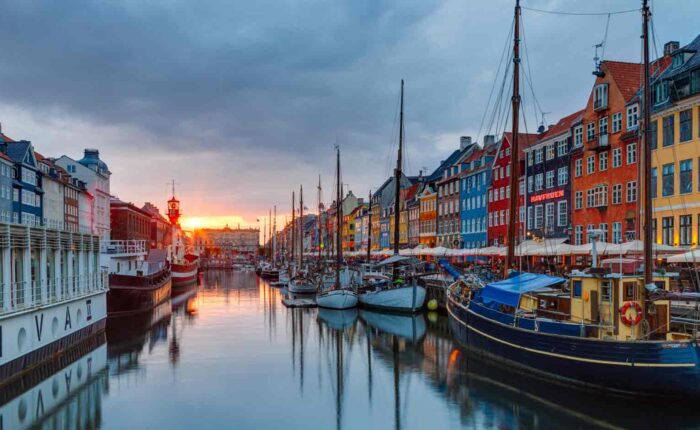 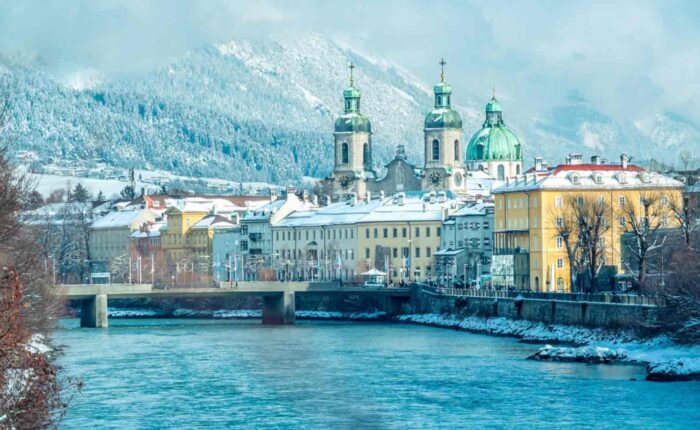